"I was crying for hours" - Player recalls situation around transfer to Middlesbrough, and making fans 'delirious'
Sport Witness 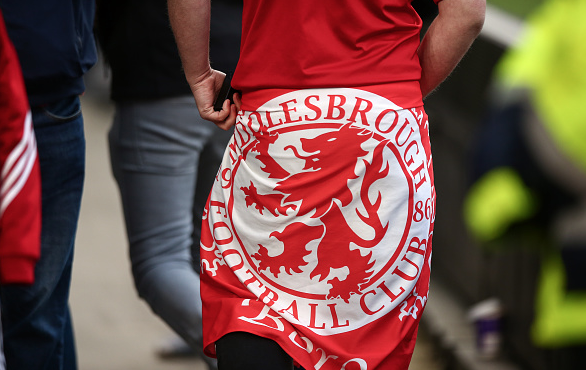 Argentine newspaper Clarin today dedicates an entire page to a long interview they made with Carlos Marinelli. The former midfielder, who started his career as a promising youngster at Boca Juniors, recalled his entire story and the difficulties he faced abroad.

It was in a European tour that the Buenos Aires side faced several clubs who got interested in the player at the time. One of them were Middlesbrough, who according to him, spent US$4m on his transfer when he was just a teenager.

“Yes, they negotiated quickly and paid 4 million dollars. It was a big sale because half of the pass belonged to my dad. The day of the transfer I was crying for hours in the bathroom of my house because I knew that a beautiful stage of friends and family was ending,” Marinelli told Clarin.

“Back there the best thing would have been to stay in Argentina and not skip so many stages. But the career went like this: the train passed and I got on. And I cannot complain because today I live from that.”

Quizzed if Middlesbrough fans used to call him Dieguito, Marinelli recalls his time at the club, as there was a very special moment in his debut.

“Yes, a lot of expectation was generated with my arrival. The reserves played on Wednesdays at the main stadium and 400 people attended, at most. In my first game there were 10,000 fans and I got to score a goal with a free kick. They were delirious.

“I played 10 games and scored 9 goals playing second striker. I made my debut in the first team when I was 17 years old. There were Paul Ince, Alan Boksic and Karembeu and they were the ones who called me Dieguito. I also shared a team with Paul Gascoigne, a genius. But I was never able to hold on because, among other things, they put wide in a 4-4-2.”

After three years at Middlesbrough, Marinelli ended up being loaned to Italian side Torino. That’s where he found a poor situation, but ended up overcoming it. That’s why he regrets having returned to Boro after only six months in Italy.

“The club was melted: we trained on dirt courts. Again they compared me to Maradona. In the first matches it was very good for me and we started to win. In the derby against Juventus they sent me off for pushing the referee. Later, the leaders fought with my representative and I returned to England. Other error. I should’ve stayed in Italy, even if they offered me half of what I earned at Boro.”

With things not going great in his return to Middlesbrough, Marinelli left the club for good in 2004, in a move back to Boca Juniors.