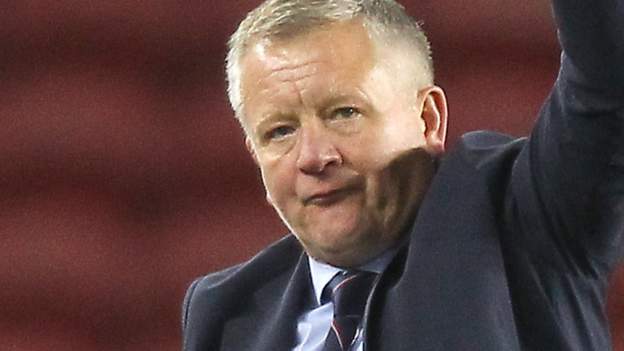 Middlesbrough boss Chris Wilder has been impressed with the way the squad has bought into his ideas since succeeding Neil Warnock as manager.

The 54-year-old says he has changed the tactics and approach, and the squad has responded well to the tweaks.

"So they should be because this a proper football club. Certainly the way the players have adapted to a new way of playing because we're talking about being possession-based, out of possession and in possession they've had a hell of a lot chucked at them.

"And, if they want to stay on the journey they've got to come on board and keep with us."

The former Sheffield United, Oxford United and Northampton boss has inherited a squad with a lengthy injury list, with Martin Payero, Grant Hall, Sammy Ameobi, Darnell Fisher, Marcus Browne and Dael Fry all out of action at present.

Boro were given another injury scare when Slovenia striker Andraz Sporar limped out of Saturday's game with an ankle problem, that Wilder and his staff will now monitor.

"It's disappointing because he's a big player for us," Wilder added.

"He rolled his ankle in the first half, he tried to carry on but just couldn't continue so it's disappointing to lose a big player."