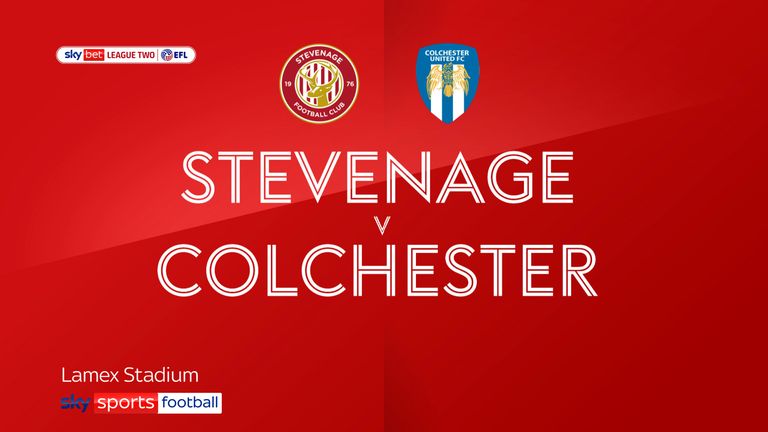 List grabbed Boro's winner in the third minute of first-half stoppage time when he tucked home from the spot having been brought down by Colchester goalkeeper Shamal George after being sent through by Jake Reeves.

George had earlier denied Jake Taylor but the visitors enjoyed the better of the first half after that.

And Jasper was denied in similar style by Smith later in the half after he had run at the home defence, and Colchester's Frank Nouble had an effort ruled out for offside just after the break.

But Stevenage should have doubled their lead just after the hour when the unmarked Luke Norris sent a weak header straight at substitute goalkeeper Jake Turner from Luther James-Wildin's precise cross as the hosts clinched victory.