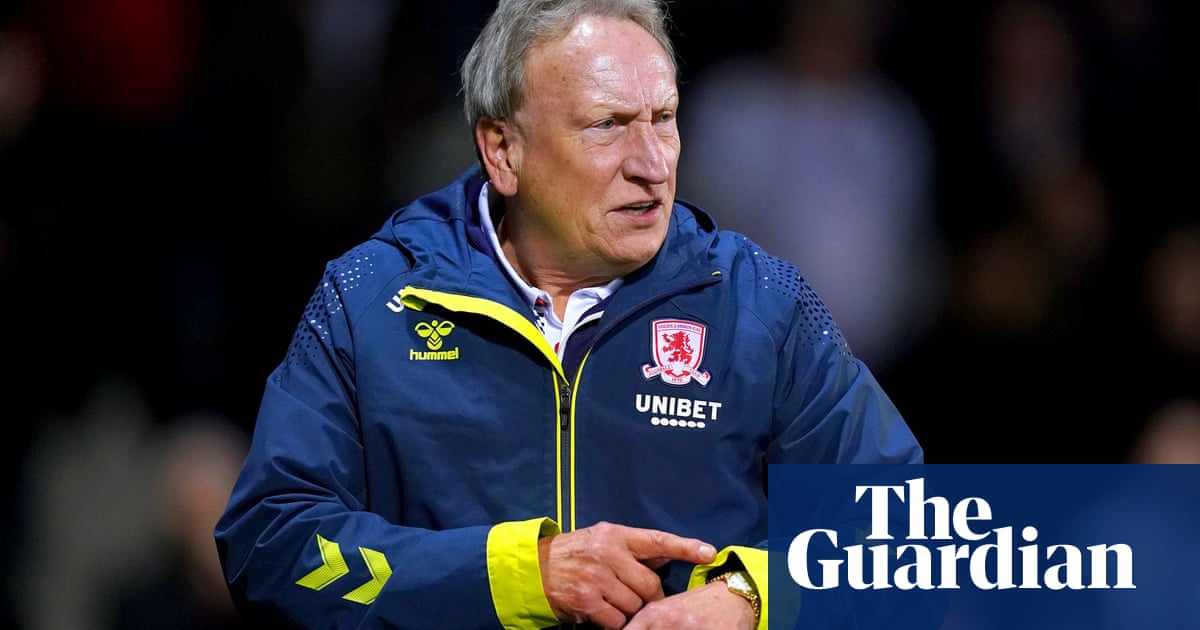 Neil Warnock’s historic night turned sour as his Middlesbrough side were beaten 3-1 by Luton at Kenilworth Road.

Warnock took charge of his 1,602nd game, an English football record, and Josh Coburn’s 15th-minute goal put Boro ahead. But Luton turned the game on its head in the second half with three goals in five minutes from Sonny Bradley, Elijah Adebayo and Harry Cornick.

Coventry missed the chance to move into the top three, going down 2-1 at home against Swansea. The away side were two up inside 12 minutes through Jamie Paterson and Joel Piroe and, although Kyle McFadzean pulled one back in the 28th minute, they could not find an equaliser.

Fifth-placed Huddersfield looked like they would take the points when Danny Ward put them in front late on at Peterborough but Jonson Clarke-Harris marked his return from suspension with the equaliser.

Birmingham were 3-0 winners against Bristol City, with Riley McGree scoring the opener in the 14th minute and Scott Hogan and Gary Gardner making sure of the points in the second half.

Benik Afobe’s 71st-minute effort gave Millwall a 1-0 victory over Reading to lift them into the top eight while Nottingham Forest and Sheffield United played out a 1-1 draw. Morgan Gibbs-White struck 12 minutes from time for the Blades but Lewis Grabban levelled matters five minutes later.