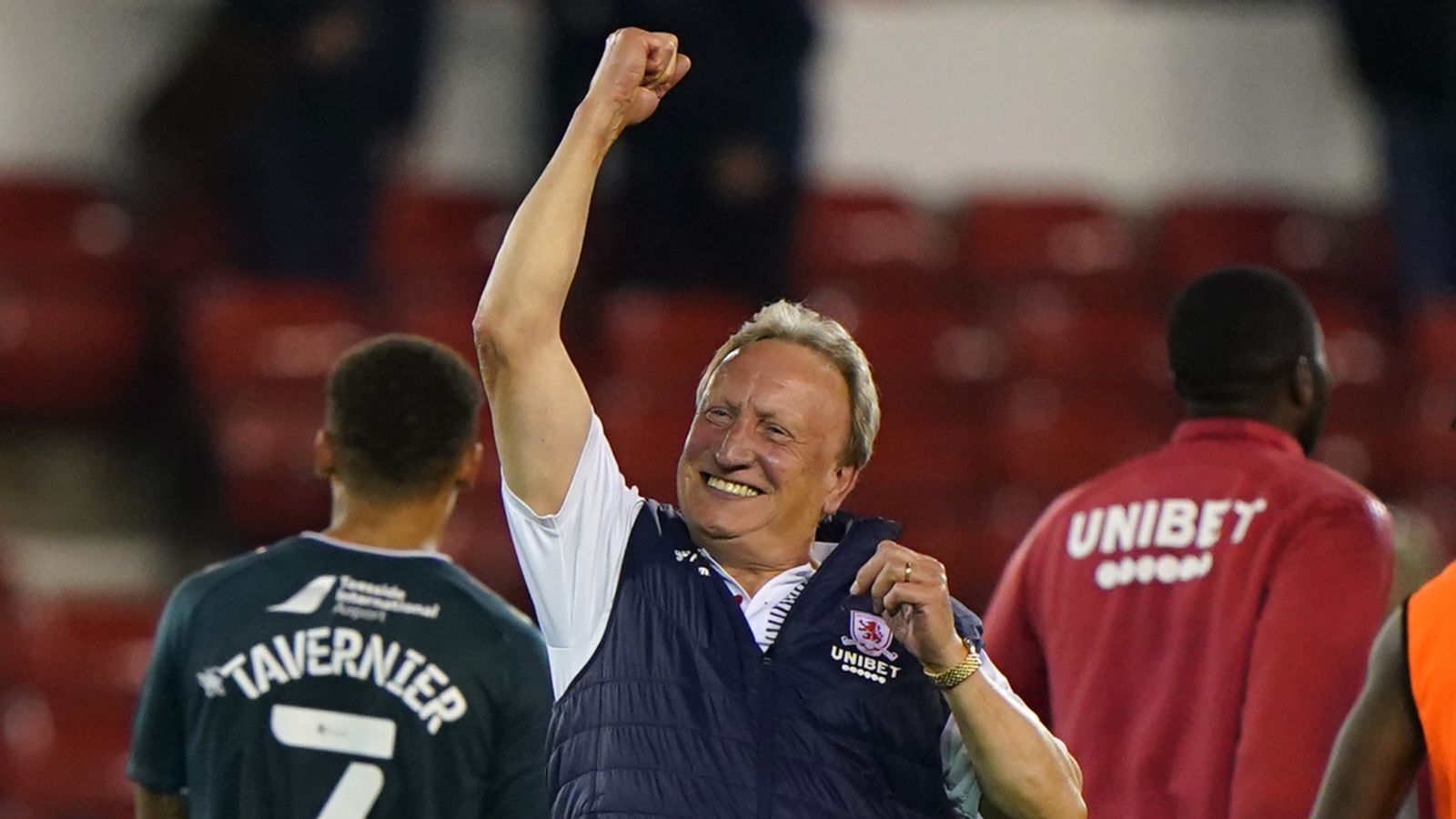 "I must have been decent at my job to do 1,601!" joked Neil Warnock after Middlesbrough's 2-0 defeat to Birmingham last Saturday.

Despite the loss, the Boro boss was in a typically jovial mood - and for good reason. It was the day the 72-year-old equalled the record for the most games managed in English professional football.

It has been some journey. Since he first entered the EFL as a manager with Scarborough in 1987, Warnock has taken charge at 14 different clubs, from Torquay, to QPR, to boyhood club Sheffield United and won promotion on a record eight occasions.

On Tuesday night, when he takes his side to Kenilworth Road to face Luton, he will make history once more when he takes charge of the 1,602nd match.

It is a remarkable figure, but one he admits he never imagined reaching.

"I never set out to do anything like that," he said. "I can't see something like this being beaten. In another 16-17 games, it will be the most Football League games. Hopefully I can keep my job a bit longer.

"Simon Jordan got me out of retirement at Palace because I thought I was going to be finished after Sheffield United. He told me to have a couple of months and help him out and it's things like that that have kept me in it. Rotherham United was special. They got me back in after I'd called it a day then.

"Those circumstances and having those 16 games at Rotherham really whetted my appetite for the Cardiff carry on. You can't put your finger on just one thing that keeps you coming back."

On December 1, he will turn 73, yet shows no sign of slowing down, no doubt helped by his constant ability to lighten the mood of a press conference or playing up to his charismatic persona.

"I have really enjoyed it and set out to give the clubs I am at something to cheer about and a bit of humour in the game," he added. "There is not enough humour in the game. I like to make people laugh and smile and enjoy life.

Highlights of the Sky Bet Championship match between Middlesbrough and Birmingham City.

"Younger managers get a bit brainwashed with clipboards and qualifications and forget the little things in life like the humour. You can't give them a course in humour. I have always enjoyed that part, and meeting the away fans, the banter and getting some stick. I couldn't have done as many games without humour."

With the aforementioned defeat to Birmingham bringing a three-match winning streak to an end, Middlesbrough have slipped back into the middle of the Championship table.

But with just six points separating 19th-placed Preston and fifth-placed Huddersfield, all that could change in an instant and a promotion push could soon be back on the cards.

When it comes to winning promotion, Warnock is a man who knows what he's doing. Taking Cardiff to the Premier League in 2018 moved him above Dave Bassett, Graham Taylor and Jim Smith, who all achieved promotion on seven occasions.

Even in an age of big-spending in the Championship, it is Warnock's old-fashioned values that make him successful time and time again. And an unprecedented promotion number nine could be added to his CV in just a matter of months, too.

Analysis: 'Warnock could retire - but he's still got the passion'

"Opposition-wise, it's never nice coming up against his teams, I've got to be honest. I had my extra-large shin pads and ankle pads on when I played against them! You know what you are going to get and I think, with good managers, you can see elements of their personality in their teams.

"I think Neil Warnock has done that across his whole career. I know a lot of lads who have played for him and they absolutely loved it. For me, management is about getting the best out of those players and understanding what makes them tick. He just knows which buttons to push and how to push them.

"It's a massive compliment to him for how long he has done it, how successful he has been and to have that desire to keep wanting to do it. He could easily retire - and be happily retired - but he's got that passion in him that you still see now and it's great to see.

"You look at managers these days and it is very much a short-term job and some that have negative experiences or don't quite do well, you never see them again. The fact that he keeps coming back, he keeps getting jobs and he keeps doing well and building teams again is unbelievable."

"If you're in football as long as Neil Warnock, you have to adapt because players have changed, their mentality has changed. You can keep a bit of what you are, but you do have to adapt the way that you coach and talk to players because man-management is so important these days.

"He's still proving successful and there is a chance this season, with him in charge at Middlesbrough, that they could creep up and challenge the top six. We'll see him in midweek and we'll certainly hear him as well because he loves to stick it to referees! It appeals to fans, it appeals to players and he must be great to play for. If you are around this long, it's not by accident; clearly you are doing a lot right.

"When he left Cardiff, I just wondered if that was it and though that surely, in his 70s, he was just going to sit back and watch the game. He can't help himself. He is what he is - a football coach and a manager - and he needs to be in that dressing room and on that touchline. Can he go into his 80s?! I'd be surprised if he doesn't!"