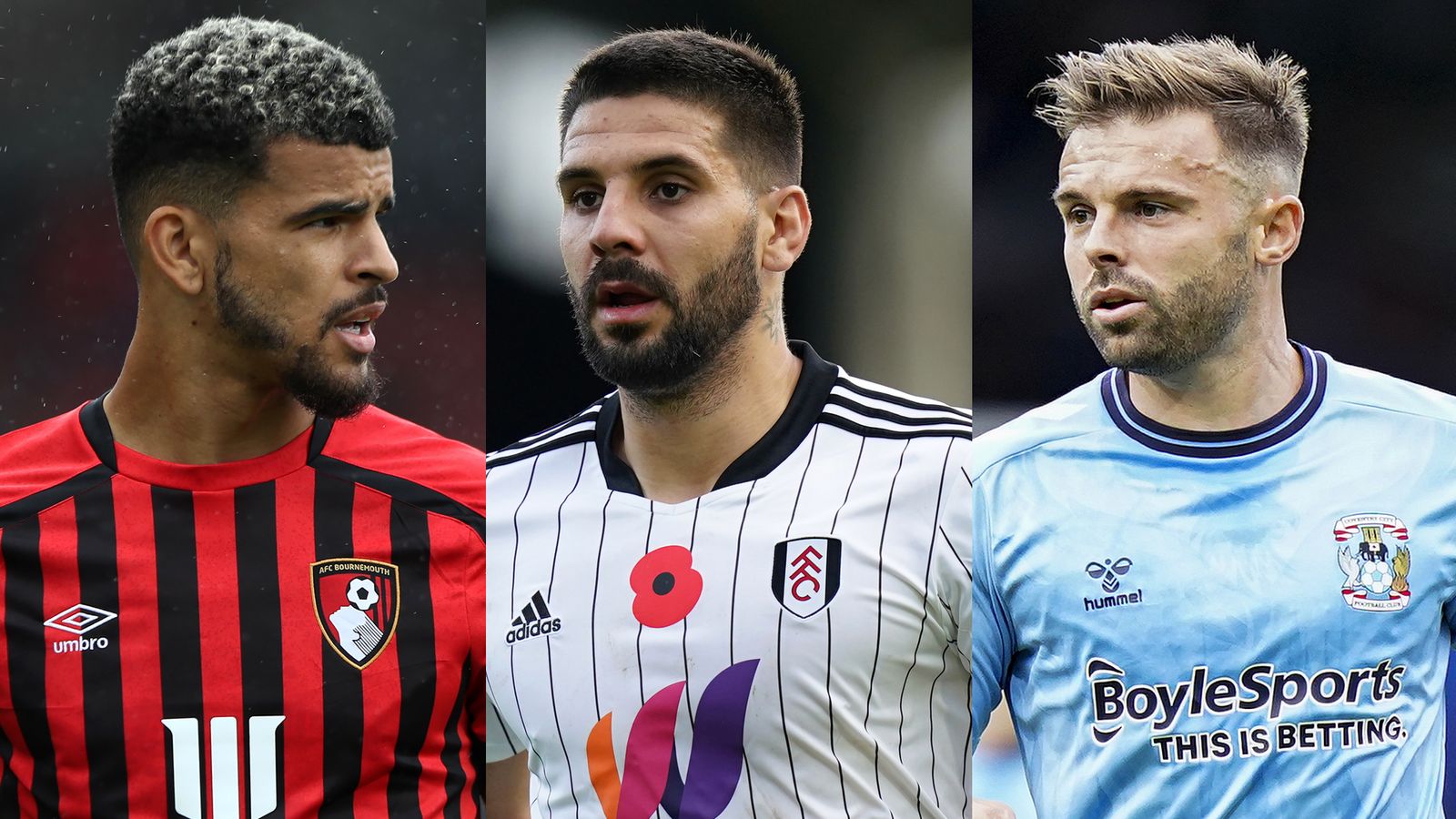 Bournemouth were the only Championship side to win all five league matches in October and Scott Parker's players dominate the WhoScored.com Team of the Month. Representatives of Fulham, Middlesbrough and QPR also make the cut as we take a look at the best XI...

The sole Reading player to make the cut this month is young shot stopper Luke Southwood. The 23-year-old made more saves (24) than any other Championship goalkeeper in October, which included back-to-back man of the match performances in clean sheet wins over Cardiff and Barnsley. Southwood features between the sticks with a WhoScored.com rating of 7.20.

Featuring at right-back is the experienced Albert Adomah. The 33-year-old registered his second assist of the season in October, which came in the recent 1-1 draw with Nottingham Forest. Adomah was solid in the final third, making six key passes, while only Josh Bowler (14) completed more dribbles than the R's star (13) who makes the cut with a WhoScored.com rating of 7.86.

The first of two Middlesbrough players to make the XI, Sol Bamba has proven a solid addition for Neil Warnock's side as he features at centre-back with a WhoScored.com rating of 7.41. The 36-year-old made the sixth most clearances (27) in the division in October as his performances helped Middlesbrough to three wins from five.

Joining Bamba at the heart of the defence is Blackburn's Darragh Lenihan. The 27-year-old was dominant in the air in October, winning the fifth-most aerial duels (28) in the Championship, including a record-matching 15 against Derby at the weekend, as the Rovers defender earned a WhoScored.com rating of 7.41 last month.

Bournemouth are the dominant side in the Championship team of the month with Lloyd Kelly the first of three Cherries representatives. Kelly scored his first goal of the season in October, which came in their 3-0 win over Huddersfield, but it was his work off the ball that caught the eye. The 23-year-old's 27 clearances helped Bournemouth maintain their unbeaten start to the season and the youngster to a WhoScored.com rating of 7.32.

Only one player had a direct hand in more Championship goals than Jamie Paterson (5) in October, with the Swansea star providing three assists and netting twice last month. Only Ryan Giles (15) made more key passes than Paterson (14) in October with the Swans creator good value for his spot in the side with a WhoScored.com rating of 7.53.

Philip Billing's two league assists this season came in October as the Dane turned provider in wins over Huddersfield and Reading. The pair of assists came from eight key passes, the 14th best return, while Billing protected the Bournemouth backline well, making 13 tackles, to anchor the midfield with a WhoScored.com rating of 7.66.

The second Middlesbrough player in the side rounds off the midfield as Matt Crooks joins Paterson and Billing in the middle of the park. The 27-year-old scored his third league goal of the season in October, which came in a man of the match performance against Barnsley. Crooks was solid off the ball with his 24 tackles and interceptions ranking among the top 10 players in October and helping the Boro midfielder to a WhoScored.com rating of 7.36.

With a rating of 8.18, Aleksandar Mitrovic is the WhoScored.com Championship player of the month. The Fulham hitman netted eight of the Cottagers' 14 league goals in October as he scored more goals than 18 of the Championship's 23 other teams last month. Only one player managed more shots than Mitrovic (21) in October to cap an impressive month from the Serb.

Only Mitrovic (8) scored more goals than Dominic Solanke (5) in the Championship last month, with the Bournemouth star having more shots (22) than any other player. The Cherries striker was one of five players to win multiple WhoScored.com man of the match awards in October with Solanke joining Mitrovic on the frontline with a rating of 7.74.

Of the five goals Matt Godden has directly contributed to in the Championship this season, four came in October as the Coventry striker scored three and assisted one last month. With Viktor Gyokeres struggling of late, Godden has shouldered the goalscoring burden and he rounds off the attack with a WhoScored.com rating of 7.80.