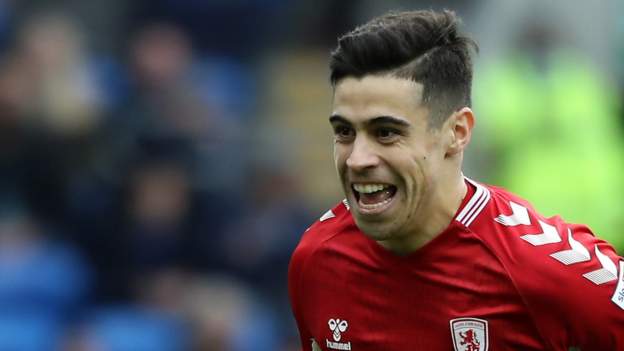 The 23-year-old Argentine arrived at Boro from Banfield this summer, and scored his first goal on his eighth appearance in the Welsh capital.

Payero has started the last three games for Warnock in the Boro midfield.

"He kept us ticking along. The most difficult thing to do is the simple one, and he keeps it simple at times whereas one or two lads try to complicate it and come unstuck.

"I never thought he was that good in the air, but he won a lot in the air against bigger lads.

"I am really pleased for him and I'm glad to see the lads give him a round of applause."