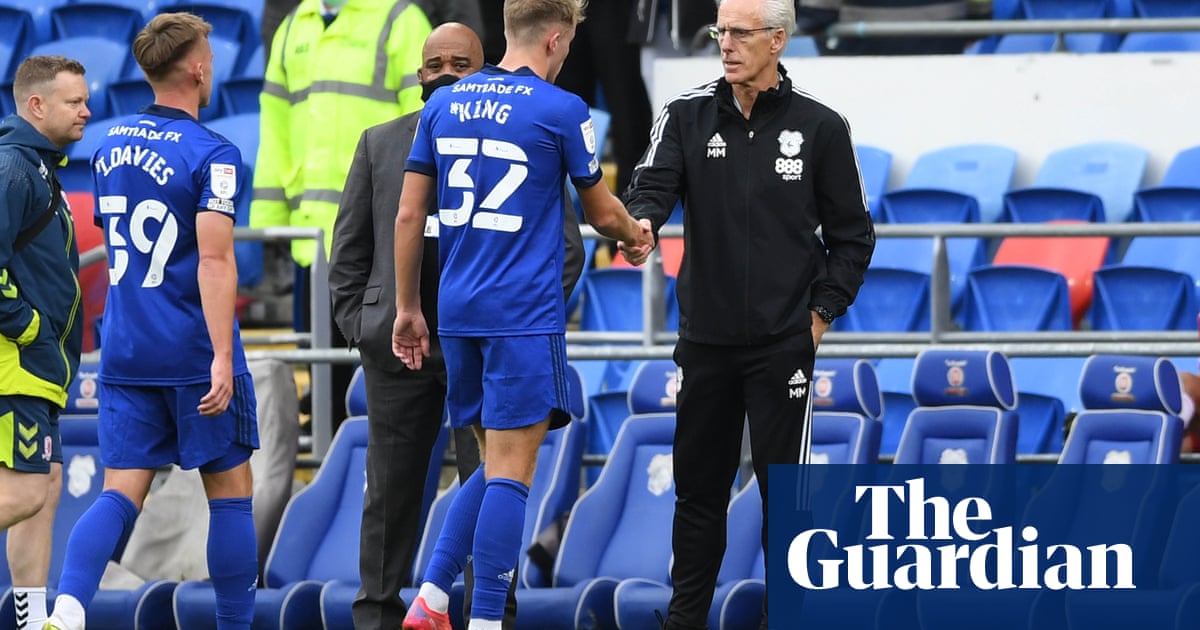 Middlesbrough condemned Cardiff to an eighth successive defeat with a 2-0 victory that saw the end of Mick McCarthy’s reign at the Welsh club.

A club statement read: “Cardiff City Football Club can confirm that first-team manager Mick McCarthy and assistant manager Terry Connor have left the club by mutual agreement and with immediate effect. Steve Morison and Tom Ramasut will oversee first-team duties at this time, as the board of directors begin the process of appointing a permanent replacement.”

And it was visiting manager Neil Warnock who was celebrating at the end on his return to the club he led to the Premier League in 2018. James Collins, still searching for his first Cardiff goal in his 19th appearance since a summer move from Luton, replaced Moore and he saw an early effort on target well blocked.

But the visitors soon took charge. With former Cardiff defender Sol Bamba commanding the back line, fellow centre-back Paddy McNair was free to venture forward frequently and he fired over from a corner in the eighth minute. Payero then shot wide from the edge of the area before Aden Flint did well to deny Sporar.

Referee Jeremy Simpson ignored shouts for a penalty for handball against Collins soon afterwards but he did point to the spot on 35 minutes when Sporar’s shot struck the hand of Mark McGuinness in the box.

The Slovenian international sent his penalty down the middle to give Warnock’s men a deserved lead. It should have been 2-0 six minutes before the break when Matt Crooks was released through the middle by Payero but the midfielder lifted his shot over Cardiff goalkeeper Alex Smithies and wide.

McCarthy sent on Moore for defender Perry Ng at the start of the second half in attempt to spark some life into his team. The home side certainly showed more attacking intent after the break but Middlesbrough continued to look the most dangerous and Uche Ikpeazu went close on 50 minutes when his goal-bound effort was blocked by Flint.

Warnock’s men were indebted to goalkeeper Joe Lumley soon afterwards, however, as he pulled off a superb reflex save to keep out a half-volley from Collins and Rubin Colwill put the rebound wide. Flint then headed against the bar from a corner as the hosts finally put some pressure on the Boro defence.

At the other end, Payero curled a shot inches wide from 20 yards before McNair’s cross-shot grazed Smithies’ crossbar and Marcus Tavernier thumped a free-kick into the away fans behind the goal.

The crucial second goal arrived on 74 minutes as Sporar laid the ball off for Payero to fire into the bottom corner from 12 yards out and seal the three points for Middlesbrough as well as the end of McCarthy’s time in charge at Cardiff.