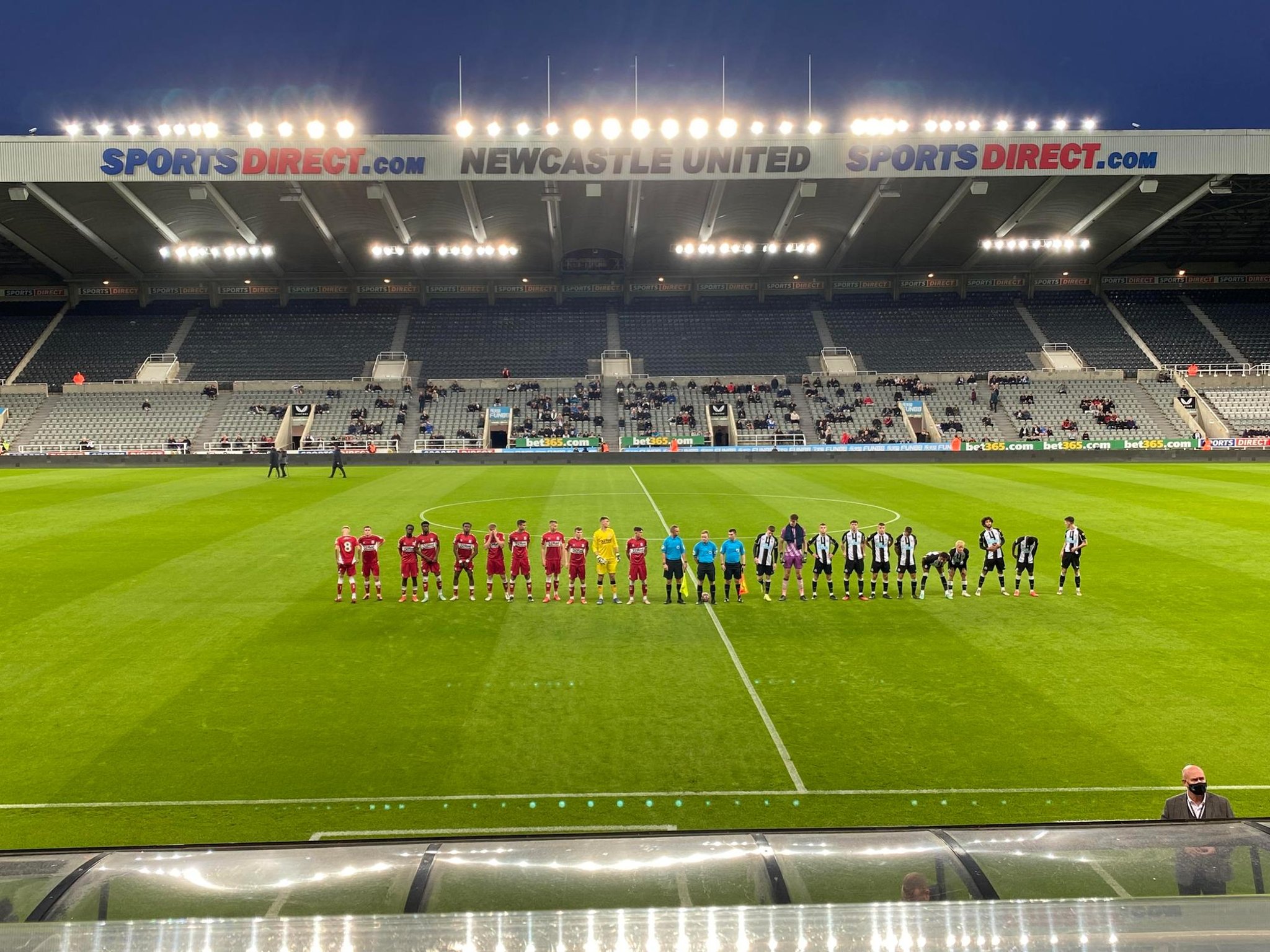 Under the lights at St James’s Park, Kevin Richardson’s youngsters moved up to sixth in the Premier League 2 Group 2 table.

Former Chelsea defender Charlie Wigett opened the scoring in the first-half before Elliot Anderson and Dylan Stephenson saw United race into a 3-0 lead.

Isaac Fletcher pulled one back for Boro but an unfortunate own goal by Cain Sykes rounded off the scoring on Tyneside.

Almost gifted Boro a second goal after a mis-clearance but instantly made up for it with an outstanding double save.

Our reporter Jordan Cronin was at the game and he’s dished out his player ratings – including some very high marks.

A strong and steady showing at right-back in just his second Premier League 2 start of the campaign.

The former Chelsea man was a constant communicator at the back after scoring his second goal of the season.

Savage, a summer signing from Liverpool, threw his body on the line as Boro piled on the late pressure. Produced a standout block from Isaac Fletcher’s close-range effort.

Bondswell, with his rapid pace, bombed up and down the left-hand side. In the end, the former RB Leipzig youngster defended well for his team.