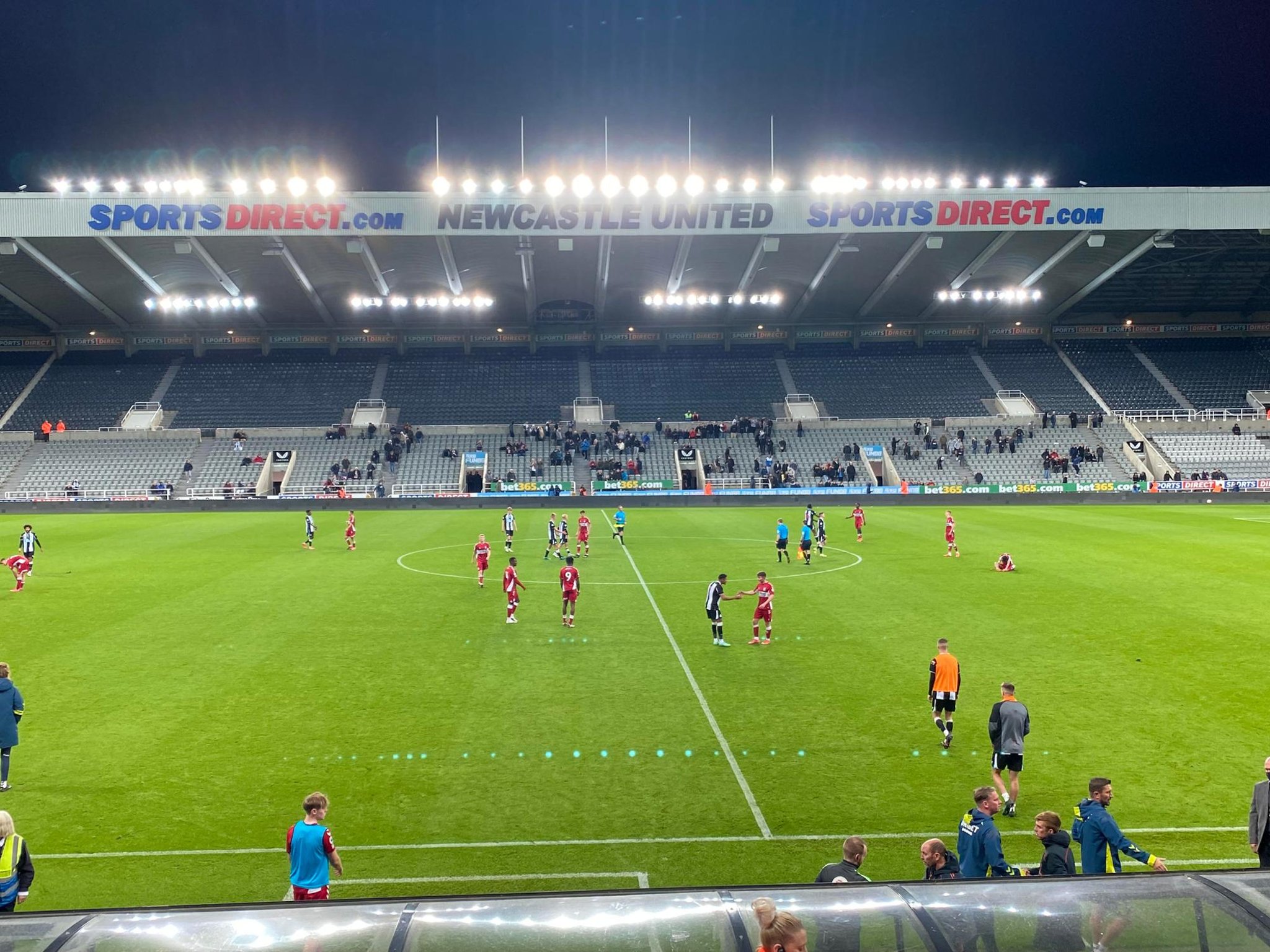 Kevin Richardson continued his lead spell in the dugout as the club closes in a permanent successor to Chris Hogg following his departure to MK Dons as assistant manager in August.

It was a fairly feisty affair early on with Adam Wilson in the wars as the young Magpies asserted their control.

The midfield two of White and Jack Young, both who featured for Steve Bruce’s first-team in pre-season, looked a class above, while Wilson was a threat on the right-wing.

White and Young combined for the opener on 20 minutes when a short corner was played to the latter as Charlie Wiggett, a summer signing from Chelsea, rose highest to head home his second goal of the campaign.

Craig Liddle, Boro’s academy manager, sat near the press box and groaned as the Teessiders were careless in possession.

But Boro got better as the half developed and they should have really equalised on 38 minutes.

Wiggett lost out to Isaac Fletcher in midfield. He picked out Jeremy Sivi on the right, whose delivery bundled around in the area before Dan Langley denied Fletcher from six yards out.

Jack Hannah was left unmarked from Cain Sykes’ free-kick but was too far out to properly test Langley as he gathered the header with ease.

The visitors’ improvements continued after the break but it was short-lived as United swiftly established a 3-0 lead.

White brilliantly assisted both goals, first with a clipped ball over to Dylan Stephenson, who was brought down by Metcalfe.

Elliot Anderson powerfully converted from the penalty spot for the second time this season.

In White’s next move, the Carlisle-born youngster showed exactly why he is on Bruce’s senior radar as he essentially took Hannah out of the game with his turn before finding Stephenson in space.

Stephenson himself is enjoying a superb start to the season. That was his seventh goal in as many games before he was replaced by Trialist Isaac Westendorf.

Westendorf, formerly of Isthmian League North Division side Barking FC, was only on the pitch for a matter of minutes before Boro found a goal out of nothing.

A hopeful ball forward by Sykes fell to Isaac Fletcher on the edge of the box who managed to loop his header over the 6ft7 Langley.

Westendorf, to his credit, was a physical presence and even found the net but his celebrations were cut short as White dribbled the ball out of play in the build-up.

Boro began to hit the levels that had seen them won four straight games before their defeat against Nottingham Forest last time out as they piled the pressure on United’s backline.

However, it was through Langley’s doing where Boro almost scored a second. He got his feet in a tangle, cleared the ball directly to Fletcher but the Magpies bailed himself out with an excellent double save.

Some last-ditch defending – and an unfortunate own goal by Sykes – saw Newcastle end their four-match losing streak to leapfrog their visitors and move up to 6th in the Premier League 2 table.